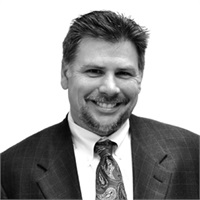 A native of Houston, Brad joined the firm Solomon Smith Barney as a financial consultant in 1994 after graduating Houston Baptist University with a double major in psychology and sociology. After completing the training in both Hartford and New York City, Brad began opening accounts by focusing on tax free municipal bonds. As he continued to grow his book of business, Brad also started investing in stocks for clients on a non discretionary and discretionary basis. Although currently not active in this product, in 1997 received his Series 3 commodities trading registration and added that asset class to his client’s portfolios. Much of his business was built through public speaking seminars and in 1998 Brad began hosting AM radio talk shows in Houston and the Texas hill country which he continued to do for the next several years. In January of 2005 Brad moved his business to Wells Fargo where he advised many of the bank’s large clients on their investments, financial planning, and estate planning. In the summer of 2010 Brad founded Redfish Capital Management, a full service family financial practice and partnered with SCF Securities, Inc. in 2017.

Brad is married to his wife Lara and has three children Heather, Matthew, and Jackson.